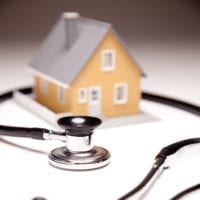 The proposed cut in the 2018-19 budget would pose far-reaching consequences for primary care providers.

“We are concerned that this cut would not only financially harm providers and impact patients’ access to care, but is also in direct contradiction with the State’s own goals for increasing access to high-quality primary care and encouraging participation in value based payment (VBP) arrangements,” the letter states.

Read the full letter below.

We are writing to urge you to oppose the $20M reduction to Patient-Centered Medical Home incentive payments, as included in the SFY 2018-19 Executive Budget proposal. We are concerned that this cut would not only financially harm providers and impact patients’ access to care, but is also in direct contradiction with the State’s own goals for increasing access to high-quality primary care and encouraging participation in value based payment (VBP) arrangements.

As outlined in the January 2018 Medicaid Update, beginning in May 2018, incentive payments for PCMH 2014 level 2 would be permanently eliminated and PCMH 2014 level 3 payments would be temporarily reduced from $7.50 per patient per month (PMPM) to $2 PMPM, a 75% reduction. Starting in July 2018, payments for PCMH 2014 level 3 would be reduced to $5-$6 PMPM on a permanent basis and tied to whether a provider has VBP contract. As you are aware, one of the key components of the State’s transformation efforts is expanding access to high quality primary care.

In furtherance of this, NYS made increasing the number of PCMH certified practices a DSRIP project goal. Primary care providers across the state have responded to the Department’s efforts by becoming PCMH certified at unprecedented rates — New York State currently has the highest percentage of PCMH certified providers in the country. According to the September 2017 New York State Patient Centered Medical Home Quarterly Report, 1,610 practices, comprising over 7,000 individual providers, are currently recognized as a PCMH, 85% of which have achieved the highest level of PCMH 2014 level 3. Over 2.3 million managed care patients, including HARP and SNP enrollees, are assigned to PCMH certified providers across the state.

However, the Department of Health has indicated that incentive payments must be cut because too many practices were successful in achieving PCMH certification — a key DSRIP goal that they have been heavily promoting. Rather than celebrating the increased number of primary care practices now providing high-quality, comprehensive care, the Department is instead seeking to punish these providers by reducing the payments that support the Department-endorsed program.

These payments help cover the cost of enhanced care management, a service that is at the heart of successful participation in VBP. Reducing funding for care management will impair, rather than enhance, providers’ ability to achieve the State’s VBP goals.

If these cuts go into effect, PCMH certified providers stand to lose millions of dollars beginning in May- just two months from now. We have heard from some providers that they may not continue to participate in the program or seek higher levels of certification, as lower payments would not justify the amount of work necessary to achieve and maintain certification.

In order to achieve its health care delivery system transformation goals, the State must commit to continued investment in the development of high quality primary care. In light of this, we urge you to reject the $20M cut to PCMH incentive payments. We would be happy to meet with you to discuss this issue further.