It’s a promise made and kept: the House of Representatives under pressure from President Trump voted to repeal the Affordable Care Act and replace it with the American Health Care Act (AHCA). This piece of legislation is profoundly dangerous to 24 million people whose coverage is in jeopardy, more than 50 million people with preexisting conditions, and 60 million older adults who would see their premiums rise dramatically. It would also jeopardize the financial stability of the primary care providers who serve our communities.

The AHCA was passed with a stunning lack of debate and without a cost estimate by the Congressional Budget Office. Far from a bi-partisan effort, this Act is not a thoughtful policy initiative to secure healthy people and communities, but is simply a political ploy to gain a win for the administration.

In the face of these drastic changes, primary care will be hard hit.  Reimbursement rates – particularly for Medicaid — will likely be slashed and the number of uninsured people will rise, forcing the already underfunded safety net to care for more people with fewer resources. People with life-threatening preexisting conditions such as cancer, cystic fibrosis, or mental health issues may face astronomical premiums, forcing them out of the insurance market altogether. Faced with these new realities, primary care providers will be hard hit financially.

We must not let this happen. The AHCA now goes to the Senate where we must make sure that there is a comprehensive national discussion on the key issues of cost, coverage, subsidies, and preexisting conditions. As advocates for primary care, we must raise our collective voices to make sure that this bad bill does not become law.

We urge you to work with PCDC, along with your colleagues, families and friends to send a strong message to the US Senate to reject the AHCA, to build on the successes of the Affordable Care Act, and to ensure that primary care is valued and supported in any health care reform bill. 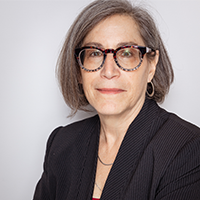