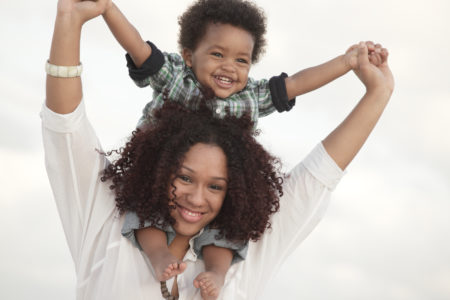 PCDC recently joined nearly 300 organizations urging the U.S. Department of Health and Human Services to address systemic racism in the health system by taking action within the Medicaid program. In a letter to Secretary Alex Azar, the organizations highlighted the health disparities experienced by Black women and asked that the Secretary take immediate steps involving Section 1115 waivers to work to eliminate racial disparities and further health equity.

The letter highlights states have proposed demonstrations to impose work requirements as a stipulation for Medicaid enrollment and urges the Secretary to reject these proposals. It has been established that these work requirements will disproportionately impact Black families and put them at risk of losing their coverage. Additionally, the letter asks that the Secretary move quickly to approve separate 1115 waivers that would extend Medicaid postpartum coverage to reduce maternal and infant mortality. The organizations believe this is of the utmost importance knowing that Black women are three to four times as likely to die from a pregnancy-related cause compared to their White counterparts.

PCDC believes these actions will make important strides in the fight for health equity.

Read the full letter below.

Re: Request for Action on Pending Section 1115 Demonstrations to Reduce Racial Disparities

The 279 undersigned organizations, which include Medicaid advocates, patient groups, and provider organizations, are writing to urge you to take action on certain pending section 1115 demonstrations to address racial disparities and years of systematic racism. One consequence of the systemic racism highlighted by the pandemic and nationwide protests against racial inequality and injustices is the health disparities faced by Black people in general, and Black women in particular. Medicaid, which provides coverage for over 70 million people with low incomes who — due to systemic racism and barriers to care – are disproportionately people of color, has an unmatched opportunity to reduce these disparities. We urge you to take two immediate steps with respect to Medicaid section 1115 demonstrations that will work to mitigate racial disparities rather than making them worse.

First, to avoid policies that increase racial disparities, it is imperative that you ensure that section 1115 demonstrations do no harm. In particular, we ask you to immediately reject pending proposals to impose punitive work requirements on parents with very low incomes in Alabama, Mississippi, Oklahoma, Tennessee, and South Dakota. In comments on these demonstrations and previous letters to you, many of us have pointed out that these proposals exclusively target very poor parents, who are mostly women with loss of their health insurance and that they also threaten children’s well-being. Data from two states with pending requests underscore how these punitive proposals put Black families at risk: In Mississippi, 71 percent of the parents who would be at risk of losing their health insurance are Black, as compared to 37 percent of the state’s population. In Alabama, 58 percent of the parents affected are Black, compared to 26.5 percent of the state’s population. Imposing work requirements on these parents is bad policy in the best of times, but it is unconscionable in the midst of a pandemic, a deep recession, and widespread recognition of structural racism.

Second, to enable Medicaid to do more to reduce racial disparities, we urge you to swiftly approve pending and future state section 1115 demonstration proposals to extend postpartum coverage to reduce maternal and infant mortality. As you know, maternal mortality is on the rise in the United States, and Black women are three to four times more likely to die from a pregnancy-related death than white women. It is estimated that one-third of these deaths occur between 1 week and 12 months after delivery. While Medicaid already plays a vital role in reducing maternal health disparities by paying for two thirds of all births to Black women and ensuring access to care, extending coverage up to one full year after delivery would guarantee continuous coverage when women are still at high risk for pregnancy-related complications and death. There are several states who are committed to addressing maternal health disparities and whose waivers should be approved. Illinois, which has a pending request to extend Medicaid postpartum coverage to twelve months, has maternal mortality rates that are a shocking six times higher for Black women as compared to White women. Illinois, New Jersey (which also has a pending request), and other states should be given the opportunity to test whether extending Medicaid coverage can reduce the maternal death rate for populations at highest risk, including women with low incomes and communities of color.

Section 1115 demonstrations can be a force for health equity rather than a way to perpetuate structural racism. The Department of Health & Human Services has the power to change their current trajectory. We urge you to do so. 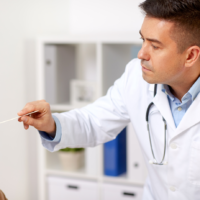