“A shared trait among PCDC Board Officers is the determination to expand primary care access,” said Louise Cohen, MPH, PCDC Chief Executive Officer. “With our newest members, each of whom brings extraordinary expertise and perspective, we heighten our ability to support healthy, thriving communities nationwide.” 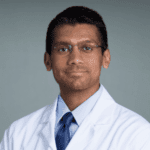 Dave A. Chokshi is Chief Population Health Officer of OneCity Health and Senior Assistant Vice President at NYC Health + Hospitals — the largest public health care system in the country. He practices primary care (internal medicine) at Bellevue Hospital and is Clinical Assistant Professor of Population Health and Medicine at NYU School of Medicine.

Previously, Dr. Chokshi was Assistant Vice President of Ambulatory Care Transformation at NYC Health + Hospitals and Director of Population Health Improvement at NYU School of Medicine. He also served as a White House Fellow (2012-13) at the U.S. Department of Veterans Affairs, where he was the principal health advisor in the Office of the Secretary. His prior work experience spans the public, private, and nonprofit sectors, including positions with the New York City and State Departments of Health, the Louisiana Department of Health, a startup clinical software company, and the nonprofit Universities Allied for Essential Medicines, where he was a founding member of the board of directors.

Dr. Chokshi has written on medicine and public health in The New England Journal of Medicine, JAMA, The Lancet, Health Affairs, and Science, as well as contributed to The Atlantic and Scientific American. He was elected a fellow of the New York Academy of Medicine in 2015, and of the American College of Physicians in 2016. He also serves on the board of advisors for the Parkland Health & Hospital System. 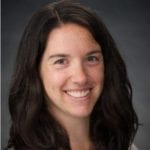 As an undergraduate at Stanford University, Dr. Flynn studied for a semester in Mexico, where she says she first realized that “health and well-being are inseparable from social and cultural context.” She remained at Stanford to complete a master’s degree in comparative education, for which she studied community empowerment in Oaxacan indigenous communities in California’s agricultural belt.

Following research work on a legal case about human rights abuses, Dr. Flynn began working on public health programs and policies in the Commissioner’s Office of the New York City Department of Health and Mental Hygiene. There, she “realized that clinical medicine would allow her to combine her experience in public health and interest in working more closely and directly with people and families,” she says.

She returned to California for a combined medical school and public health program at UC San Francisco and UC Berkeley. While in medical school, she took public health courses and worked on research projects related to maternal depression, child development, nutrition, and poverty, primarily in Mexico and the Dominican Republic.

She says she was drawn to family medicine because it “allows her to take care of patients from birth through old age and pushes [her] to think about a broad range of medical problems,” and because of the “undeniable connections between primary care and the broader social and cultural contexts in which people live.” 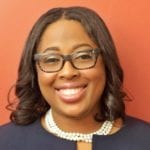 In her current position, Ms. Gordon planned, developed, implemented, and now oversees an effective compliance program for a Performing Provider System (PPS), created in accordance with the Delivery System Reform Incentive Payment (DSRIP) program. DSRIP, a five-year demonstration project led by the New York State Department of Health and the Centers for Medicare and Medicaid Services, focuses on transforming New York’s health care delivery system to an integrated and value-based payment system. A critical DSRIP goal is to reduce avoidable hospitalizations by 25 percent over five years.

Previously, Ms. Gordon served at the New York City Department of Health and Mental Hygiene, first as Counsel for the Division of Health Care Access and Improvement (2009-2012), and later as Deputy General Counsel and Chief Privacy Officer (2012-2015). In the latter role, she was responsible for implementing and overseeing the agency’s compliance with all confidentiality laws, such as HIPAA and the HITECH Act. She also created confidentiality policies, trained staff, and investigated potential breaches.

Earlier, Ms. Gordon was a senior associate in the White Collar Department at Wiggin and Dana LLP (2007-2009), a trial attorney for the U.S. Department of Justice (2003-2006), and an associate in the Litigation department at Fried, Frank, Harris, Shriver & Jacobson (2001-2003). She serves as Vice Chair of Research and Website for the American Health Lawyers Association, among other volunteer roles.